Perhaps you’ve heard the recent news stories about a young man named Carson King. He’s a 24-year-old beer starved Iowa football fan who went internet viral last week. King was one of many football enthusiasts who hammed it up behind ESPN GameDay sports announcers during their live broadcast of the September 14th contest between Iowa State and University of Iowa football teams.

What set Carson King apart from the rest of the crowd mugging for the camera was a crudely handwritten, grammatically incorrect sign announcing “Busch Light Supply Needs Replenished –Venmo– Carson-King-25.”

In case you don’t know, Venmo is a mobile phone money transfer service allowing people to securely send funds from their accounts to other user’s accounts. You should also know Mr. King is not destitute. He has full-time employment as a casino security guard, so the last-minute plea for beer money was just a gag to get some screen time.

King said he thought he might get enough beer money to buy a case of his favorite brew, Busch Light. What he didn’t count on was having millions of viewers seeing his sign, some of whom either played along with the gag or felt sorry for the thirsty sign maker because in only moments his Venmo account had over $600. And that was just the beginning.

Over the course of hours, King’s account soared to tens of thousands of dollars and he realized he could keep this windfall and he needed to do something good with his new-found riches. This is when Carson King’s true charitable character surpassed his on-screen panhandler persona. Carson King declared all of this cash was going to be donated to a local children’s hospital – less the amount for one case of Busch Light.

Once his act of benevolence to sick children became public, beer brewer Anheuser-Busch offered to match all the donations made to Carson’s Venmo account. Soon the donations neared the $1 million mark and were climbing. It was at this time Carson King was featured on all the news media, nationwide. His generosity was known far beyond the boundaries of Iowa.

A local newspaper reporter, Aaron Calvin of the Des Moines Register did a feature story on the now-famous Carson King. Being a good and thorough newspaper reporter, Calvin thought he should include some “background” information on King, so he began digging.

The newsman found Carson’s Twitter account and Calvin read single every tweet, like, and re-tweet going back to 2010 when Carson was 16 years old. At that point, young Carson happened to “like” a couple of vulgar jokes from tactless comedian Daniel Tosh. These jokes were something a naïve 16-year-old would probably find hilarious, but a mature adult would realize were racist. In the thoughts and words of ace reporter Aaron Calvin; the truth must be reported.

After Calvin’s story smearing King was published Anheuser-Busch quickly severed ties with King in typical knee jerk fashion. It should be told, the beer giant did honor their initial financial promise to Iowa Stead Family Children's Hospital, however, reports say  Busch will make the donation in their name only while receiving a large tax deduction.

After news spread reporting what 16-year-old Carson King had done on social media, and people heard that spineless Anheuser-Busch dropped out of future fundraising for sick children there were a couple of sensational occurrences; Carson’s Venmo account received an additional million dollars in donations and the Des Moines Register fired reporter Aaron Calvin.

Whether or not Calvin should have been fired is up for debate. He did report factual information which just happened to be as about as comforting to Iowans as a wet blanket on a cold night. I personally think the newspaper overreacted in their harsh treatment of their reporter, especially considering everything published by a reporter has to first get past an editor.

As this story winds down, the Iowa Children’s Hospital at last count has over $2 million in unexpected donations. Mr. Carson King has now received more than his 15 seconds of fame and he also learned the meaning of the idiom “no good deed goes unpunished.”

The former reporter of Iowa’s capital city newspaper, Aaron Calvin learned the lesson of the phrase “just because you can, doesn’t mean you should.” The final icing on the cake would be for Coors to make a move replacing Anheuser-Busch as everyone’s favorite beer in the Hawkeye State.

NEW BERLIN - Amidst national debate about whether schools should reopen this fall, many local school districts are seeking community ..
July 9th

NORWICH - Two firefighters were injured on Friday night after emergency responders entered a home in the City of Norwich ..
July 13th

Pedestrian walking dog hit and killed by vehicle along Rt. 12 in Norwich 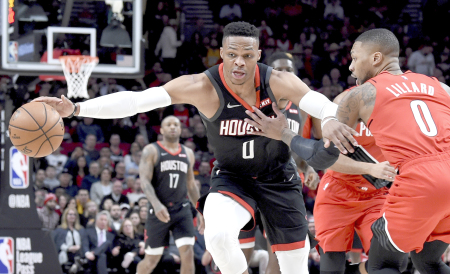 US debates school reopening, WHO warns 'no return to normal'