College Isn’t For Everyone
Published: August 22nd, 2018
By: Joe Angelino 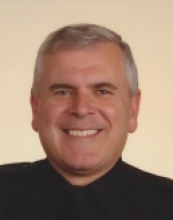 Over the next few days, young people will be leaving home for the first time in their lives, venturing off to start their trip into adulthood by attending college. Other high school graduates will be waving goodbye to their college-bound classmates because they are staying home, opting out of the university route. In both instances, there will be hand-wringing and teeth gnashing by parents worried about what lies ahead for their son or daughter.

Sending children off for higher education is pretty much expected by parents who have a college degree of their own. They know a bachelor’s degree almost always assures a higher standard of living and a higher salary for their children in the future.

What is different now than in years past is the exorbitant tuition cost and staggering debt for a college degree. Studies indicate the cost of an average four-year degree today will set you back about $130,000.00. This cost doesn’t include food, travel, laundry, and entertainment.

At an estimated $38K for a freshman year at a private college, you better darn well be prepared and disciplined. Drop-out rates are high for some in their first experience away from home – about 40 percent according to the Institute for Educational Statistics. (nces.ed.gov)

There are some alternatives to earning a college degree; enter the job market immediately, trade schools, the military and finally – do nothing and lose your dignity. The first three options all require some self-control and effort. That’s the reason this is called -work- and not play; people put in a physical and mental effort and other people give them money.

By entering the job market immediately you will probably start at minimum wage, but you will be gaining experience and building a résumé. There are people who started out on the bottom rung of a company ladder, learned the ins-and-outs of the business and worked their way up to a decent position and salary in a number of years. Another way to enter a career right away is through Civil Service testing for government jobs.

Trade Schools are very popular and useful. These are also called vocational schools or technical schools. Upon completion the student usually receives a proficiency certificate. You will come out of this focused on the tasks you learned and ready to start work. If you are thinking trade schools are only for welders and truck drivers, you’re wrong. There are some technical schools that offer opportunities for good salaries and job growth, such as; bookkeeping, computer networking, aircraft mechanic, and electricians. Very seldom do these jobs get ‘out-sourced’ overseas and you can also do them in any part of the country you want to live.

The military is a great opportunity for travel, training and saving money. A free four-year college tuition is available as a benefit when a person completes their obligated service. The pay is low at the start, but the benefits are the best. A service member can literally put all of their earnings into a savings account because all living expenses are taken care of. There are no food bills, insurance, medical bills or rent. The usual service member only spends some of their pay on a car, a cell phone, and entertainment. It should be noted for those who do choose the military as a first job; the risks can be very high.

This is certainly not meant to be an anti-college piece. A four-year degree almost certainly means more dollars over the course of a lifetime. Another advantage of a bachelor’s degree is the potential for follow-on education earning a master’s degree or higher. But don’t get smug and discredit a vocational profession.

There are people who just don’t want to go to college, but are enthusiastic workers. These are the ones who are a good fit to learn a trade, relatively inexpensively, to get them started in life. People will always need to drink water and flush toilets inside a well-built home that is heated and air-conditioned. Most importantly, remember Newton’s First Law of physics; an object at rest stays at rest and an object in motion stays in motion. Now that high school is over, stay in motion, preferably forward.