All Things In Moderation
Published: August 8th, 2018
By: Joe Angelino 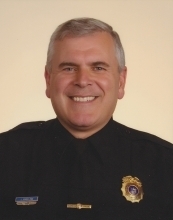 For the past 5 days, my life has been driving to Chicago and back, staying in hotels, eating hotel-lobby breakfast each day. In each hotel lobby, it was similar; women wearing sweatpants with not so perfect hair, men with CPAP strap marks on their cheeks and children dropping cereal while wandering aimlessly. Another common denominator was the television. In each hotel lobby, in two different non-adjoined states, the TV tuned to Fox News Channel.

It is quite obvious to even disinterested adults that cable news channels lean either to the left or right, and not just slightly – but a full tilt. So, as Ainsley, Brian and Steve carried President Trump’s torch, the overheard breakfast comments from strangers around me also tilted either hard right or hard left. Surprisingly, there were no fist-to-cuffs between the Harley-shirt wearing railroad workers and the healthcare insurance professionals who, by political happenstance, were seated at neighboring tables.

The polarization of our country since the 2016 elections is concerning. From my perspective, it seems people are grouping together in similarly minded clusters. The groups were only physically local, but now are electronically global. The clusters get their news from the same national source, follow like-minded Facebook pages and Twitter feeds all limiting their view. It would certainly be better if they got their face out of the phone screen and started talking to their neighbors. With a face-to-face conversation, we might remember people in Chenango County, New York State and the United States certainly have more in common, than they have as differences.

Politics is at a point where empathy and moderation are considered a personal weakness and a character flaw. Ironically, right now moderation is just what we need to end the partisan polarization and end legislative stalemates; or worse than a stalemate, ramming agendas down the throats of the minority parties. The problem is no one wants to be the first politician to blink and appear weak. Thanks to gerrymandering, politicians today are less concerned about opponents from a different party but they are more concerned about a Primary opponent from the same party who is perceived more to the left or right – you choose the party.

Having just returned from Chicago, where politics is a blood sport, a savvy Chicago cop said in a conversation about voting in a primary; “when you reach in a drawer for a knife, you don’t want that same old dull one; you’ll go for the new one that’s sharpest”. That turned out to be a great analogy for our current state of politics. Go for the extreme, not a choice that could also do the job appropriately.

The phrase “all things in moderation” has been around since ancient Greece, when it was first spoken as “observe due measure; moderation is best in all things”. The trait of personal moderation was thought to be a gift from heaven. Humility, modesty and restrained are some words seldom heard today to describe an elected official. Those words aren’t “fighting words” in the minds of those who think of people in a different party as the “enemy”. The word –moderate– by its definition means sensible, and who would want to have any of that in Albany or Washington.

It’s hard to say what is going to put an end to the widening gap between left and right, or when this might happen. Some politician is going to blink and begin the trend of moderation, negotiation, and flexibility, or we’re headed for another not-so-Civil War.

While thinking of the Civil War, here’s a quote from Abraham Lincoln he made as part of a speech about the future of the United States more than twenty years before he was elected President; “All the armies of Europe and Asia could not by force take a drink from the Ohio River or make a track on the Blue Ridge in a thousand years. No, if destruction be our lot we must ourselves be its author and finisher. We will live forever or die by suicide.”