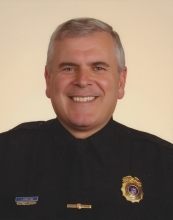 The fleet-of-foot record-breaking new comers were not only sophomores, but also new to the girls track competition. That’s because they are biologically boys. And at least one of them was on the all-male winter track team a few months ago.

The parents of the losing young ladies are petitioning the Connecticut Interscholastic Athletic Conference (CIAC) for a rule change to end this unfair advantage. Currently the CIAC allows high school students to compete in gender specific sports by the sex which they self-identify.

Parents of female student-athletes don’t think this is fair and want changes to the rules. Under the current rules parents claim female runners are losing races and causing them to miss scholarship opportunities and prestige.

Gender identification outside of sports is already a complex and delicate issue. Adding competitive individual sports to the mix makes it more of a conundrum. If Connecticut school districts were to ban these transgender females (boys who identify as girls) from their chosen sports there would surely be enough discrimination lawsuits to keep lawyers and judges busy for a long time.

The National Collegiate Athletic Association (NCAA) policy on transgender athletes requires trans-females (male to female) to have at least one year of testosterone suppression treatments before competing against female athletes. That commitment helps prove the athlete is serious about transitioning from boy to girl. The only treatment more serious is the surgery to change physical attributes. There’s the issue which parents in Connecticut point to; the high school sophomores who are out doing their daughters are not in any gender transition treatment. The Connecticut boys-at-birth have only made verbal pronouncements they want to compete as girls, against girls.

Many people in the “Constitution State” asked about placing the dreaded asterisk next to trans-gender records, others asked about separate competitive events for ambiguous athletes; the latter suggestion is more than likely a civil rights violation under US Code Title IX. Frustrated parents of biological female track team members wonder who looks out for the rights of their daughters who are dropped from positions in championship events by the unfair competition.

We were all taught from a young age “it’s not whether you win or lose it’s how you play the game that matters”. That proverb normally is associated with team sports, such as football or baseball. The optics of biological teenage boys competing against girls in personal effort sports, and consistently beating them isn’t good. While some people fret about the feelings and protection of the transgender girls - rightfully so, because they have delicate emotional issues and higher than average suicide rates – someone should also be minding the emotions of cisgender girls.

The sad thing is the track team girls have worked hard toward a goal and then they consistently lose races to transgender girls and no one is breaking any rules. Some of the young ladies likely have feelings of hopelessness, dejection and sadness about the situation they face. The rules are stacked against the young ladies because racing against biological teen boys with testosterone is an inequity that is nearly impossible to overcome, that’s a physiological truth.

For high school math, science, band and other academic competition the playing field is level; a class valedictorian can be male or female at any given time. Hard work in academics pays off with good grades. Athletics in high school is supposed to be set up for fairness, but the majority of hard working track team girls in Connecticut are the victims of a tiny minority. When the rules of biology are broken in sports, the playing field won’t ever be level.

If you have a comment, complaint or compliment you are welcome to leave it in 280 characters or less on Twitter @josephangelino.