The Chips May Be Down For Upstate Casinos
Published: April 5th, 2018
By: Joe Angelino 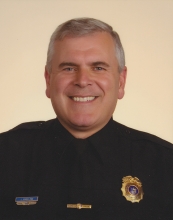 I’m shocked, shocked to learn casinos in upstate New York State aren’t meeting their revenue predictions. Some of you may recognize part of that line from the movie “Casablanca” as Captain Renault’s absurdly disingenuous observation about gambling in Rick’s Café. Many New Yorkers thought just as disingenuous the idea to add four upstate casinos within miles of already existing Native American casinos was a good one. It didn’t seem possible or even probable that casino saturation would be the answer to upstate economic and unemployment woes. There just isn’t enough disposable income in upstate New York.

The Governor made the casino opportunities for upstate a large portion of his State of the State Address in 2013. I was in the room in Albany when he said New Yorkers were leaving our state in droves to spend money in casinos in adjoining states and Canada. He said if voters approved the November 5, 2013 New York Casino Gambling Amendment it wouldn’t be long before some of the eight million NY City dwellers would flock to upstate casinos. Those eight million would certainly be joined by 50 million out-of-state tourists each year, all of them plunking down dollars, said the Governor.

In 2013, between the January State of the State Address and the November ballot referendum, we learned the casino generated tax revenue was earmarked at 90 percent for education with the remaining 10 percent slated to reduce local property taxes in areas surrounding the casinos. All of this overly optimistic financial planning was taking place at the same time Atlantic City New Jersey casinos were laying off thousands of employees and shuttering the boardwalk for lack of tourist business.

Last week we heard about one of the upstate New York casinos, Del Lago in Seneca County, isn’t making the money they anticipated. On their one year anniversary, Moody’s Investment Services announced Del Lago about 100 million dollars short of projections. Sadly, they may need to renege on their revenue sharing and even worse, they may need a tax-payer bail out to keep them afloat. This isn’t the bail out that gives them cash; it’s the kind of bail out where they keep more of the proceeds and don’t pay as much into taxes.

The Del Lago owners said they can’t compete with the Seneca Nation casino in Niagara Falls – here’s my shocked face again. Del Lago claims the Natives no longer pay taxes to the state and local municipalities and the Seneca tribe is using that money to lure people away from Del Lago. There aren’t many individuals who think gambling is a sure bet in the first place, so it’s hard to believe a professional gaming company didn’t know how to hedge their bets when they are gambling with millions of dollars.

Even with the Del Lago’s reported dire straits, residents in the Town of Tyre reaped first year benefits as their property taxes were cut in half when the resort entered the town’s tax rolls. That would be an irresistible tax cut for any community. If the state or another entity doesn’t somehow bail out the casino, there will certainly be a drastic impact on the 980 residents of the Town of Tyre if Del Lago stops paying their tax share.

There is another new casino in Schenectady that isn’t making their predicted income, The Rivers Resort and Casino is shy of forecast revenue. They too have suggested they might need government assistance in order to stay operational. Closer to home, Tioga Downs in Nichols, NY does not have their hand out looking for public funds. Their location on NY Route 17 / Interstate 86 may be the key to Tioga Downs success.

Tioga Downs achievement could be short-lived because the Resorts World Catskills casino recently opened, also along Route 17 near Monticello, only two hours from New York City, Long Island and throngs of tourists. The management of Resort World Catskills (RWC) already has a business strategy to serve the metro-NYC market with plans of direct competition against the casinos further upstate. In 2019, RWC plans to open an indoor, year-round water park to lure not just gamblers but also the family element to their property, that’s something none of the other casinos offer. Gambling is always risky business, but now it seems the odds are against the casinos themselves.