A Quick Point Of View On The Local Elections
Published: November 17th, 2017
By: Richard Snyder 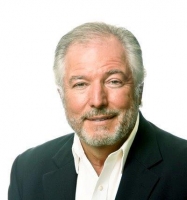 The local election races, especially for Norwich City Court judge, seemed particularly bitter and divisive this season. The newspaper was inundated with feedback leading up to the day of the vote, and even after. Now that the dust has settled over this year’s election I thought I might share a few of my own observations.

1. First, I’m thrilled that there are people willing to run for any office in today’s difficult climate, and to those who led the personal attacks on these candidates should be ashamed of themselves.

2. What is the purpose of a political committee? I don’t have an answer, because I honestly don’t know what the purpose is. If it is to actually find qualified candidates and convince them to run for an office, then you must support those that you encourage.

3. If you are a member of a political committee and you cannot show up for two different meetings to create a quorum, when do you show up? If you aren’t willing to show, then you probably need to go.

4. Having candidates run only to resign is a scam that should end now. The long-time practice of having a person run for re-election knowing they will be resigning very soon thereafter should be over. Once again, this year there were candidates on the primary ballot and on the general election ballot who those in power knew would resign shortly after being re-elected. Then those in power pick a friend, or relative to step up and save the day. Everyone running for an office, be it highway superintendent, or a town board seat should commit to serving out their term if elected. And… we should demand that they do.

5. People wonder why this state and our communities are broke should ask government officials why a position such as a city judge should pay $177,000, when just a very few short years ago, it paid less than $60,000? There is no logic at all to how this figure is attained.

6. I would suggest that we all demand more of our elected officials. Believe it or not, there are excellent financial benefits for many of these officials. Yet this community has serious problems which never seem to go away. Many of the reasons why we have not progressed as a village, a city, a town, or a county, are a result of who we have elected to lead the way.

7. Finally, if we demand more from our elected officials, then we must demand more from ourselves. Become as informed as you possibly can on all issues, both local and national. Watching Fox News or MSNBC doesn’t make you informed, it only entertains you. The purpose of these shows is to sell prescription medicines for medical issues we never heard of. Read and watch as many points of view as possible, go to local board meetings, participate in the elected process as a knowledgeable citizen. Otherwise you might just appear to be among the many totally uninformed individuals who use 30 seconds (The Evening Sun’s reader reaction column) as their forum.