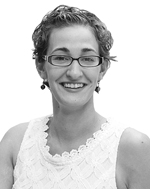 Heroin. It’s all over. Addicts. They’re all over. It’s no longer the ‘junkie under the bridge.’ Heroin does not discriminate. Your neighbor, your grandparents, your lawyer, your car dealer, the folks in your graduating class from high school, your doctor, your teacher, your friend, your quarterback who got injured and prescribed pain killers, your parent, your child. Anyone can fall in love with the poison that will kill them slowly.

Addiction is a disease. It must be treated as such. The stigma must be removed. No child tells their parent that they want to be an addict when they grow up.

The fight is hard. And the struggle is so incredibly real. The addiction takes hold. A person who may have once been your best friend may now appear to be a complete stranger. Families become torn apart.

If obtaining the heroin required so that the addict does not get sick becomes difficult, the addict may turn to theft. Theft from family, friends, strangers, businesses.

There now is a local police department willing to help. Willing to assist those who love heroin more than they love their parents, pets, and professions. Willing to throw judgement to the wayside and actually do something in this county for once, rather than merely provide lip service.

Departments commit to encourage opioid drug users to seek recovery, distribute Narcan, connect addicts with treatment programs and facilities, and provide resources to other police departments and communities that want to do more to fight the opioid addiction epidemic.

Oxford Police Chief Richard Nolan weighed in on the issue in a previous interview with The Evening Sun.

“Statewide, the number of high school students that have reported using heroin has doubled and Oxford is not an exception,” said Nolan. “We've seen far too many local students and graduates become addicted to heroin and other opioids and this trend is only increasing.”

Nolan added, “We’re a small community, but we’re far from immune to the epidemic that has struck our nation and our student population is certainly of special concern. According to studies, more than 90 percent of people suffering from addiction began using substances before their 18th birthday and a majority of heroin users report first abusing prescription medication.”

Nolan said something I wholeheartedly agree with: The stigma that continues to surround addiction is part of the reason that addiction rates have continued to rise at an unprecedented rate.

I believe that what is currently in place with regard to how law enforcement deals with addiction is not working. Not one bit.

Nolan said, “While we've made great strides in other areas of public health, drug overdoses have risen to become the greatest cause of accidental death in the United States. I’ve been in law enforcement for 27 years and what we're doing isn't working.”

Sobriety is short-term, recovery is long-term.

The Oxford Police Department is about to begin something for which I must applaud them.

On Feb. 27, 2016, a training will take place at the OPD for anyone interested in volunteering for Oxford’s Road to Recovery Program.

With the Road to Recovery Program, if someone walks into the OPD seeking help with their addiction, they will be greeted by a team of professional law enforcement officers and volunteers who will support them in every step of the way in their road to recovery and in locating treatment.

“As law enforcement, we serve to protect and assist one and all, without discrimination,” said Nolan when discussing the program. “Throughout history, law enforcement has served to provide support to those struggling with mental health issues, those who have become victims of domestic violence, and others who are having trouble in their life and just need support. We’re there for them and there’s no reason why we, as law enforcement, should not reach out and support those suffering from addiction. Addiction is a disease not treated by arrest, but by a foundation of community support.”

Through the OPD’s partnership with PAARI, the department will have access to more than 300 treatment centers across the country who provide scholarships for those seeking treatment. Since November, the OPD has been forming partnerships with in-state treatment providers to ensure that the department is able to support those suffering with addiction before, after, and throughout treatment.

“When you walk through our doors, we’ll guide you through an intake process, make contact with treatment providers, and assign volunteers to stand with you every step of the way. We’ll work with you to develop a plan to address your addiction best suited to you and we’ll follow-up with you before, during, and after treatment. If you have drugs or drug paraphernalia to hand in, we’ll take them into custody for destruction. We will not judge you, we’re here to help you. There will not be a day that we don’t think of you and we will always do our best to provide continual support throughout your road to recovery,” said Nolan.

The training is free. ‘Angel Volunteers’ will sit with a person who comes to the OPD seeking addiction treatment help. Volunteers will help fill out forms, provide comfort and at times may also ride with the police to transport a person to treatment.

The program itself is slated to start in mid-March.

Once the program is underway, any Oxford resident will be able to seek addiction treatment help by going to the Oxford Police Station and not fear arrest. Instead, an ‘Angel Volunteer’ will be called to sit with them and compassionate police officers will make calls to find a treatment center.

Volunteers will learn about the intake forms, the program and the plans for the program. They will also learn how to interact with a person who may be struggling with withdrawals and addiction.

Remember, addiction has no barriers. No boundaries. It could be your mother, brother, the soccer mom who car pools your child to school, your child’s school bus driver, your 12-year-old daughter, your mailman, the person you see at the bar every night when you stop by for your nightly (legal) ’couple of beers.’

Heroin does not discriminate. It may have been ‘Under the Bridge’ where the Red Hot Chili Peppers first drew some blood, but these days it can be in your child’s high school bathroom, your neighbor’s basement, in the car while the retail clerk is on break.

Remember, no seven year old tells their mommy and daddy they want to be an addict when they grow up.

Let’s have a little bit of compassion and understanding. While some will remain in love with heroin forever and may ultimately die in love, there are others who want out but don’t know where to go.

This is where the Road to Recovery program comes into play. And it’s now when I’ll encourage all those interested in volunteering to help make change to attend the training.

We need to move forward from just talking. Yes, we must continue the conversation, but speeches aren’t enough action. I applaud all those who are making this program possible.

Any addict reading this, I’m not only your hometown daily’s newspaper editor. I went to college for substance abuse counseling, and I&#8200;have two non-judgemental ears ready to listen and two eyes ready to read. Reach out if you need to.

And as for me, I’ll be there 15 minutes early, ready to be trained, ready to help anyone who wants to end their vicious love affair with heroin.

NORWICH – At Norwich High School, students and teachers have come together to create a space where students can gain ..
February 17th

Fire claims house and barn in Smithville, one firefighter injured

SMITHVILLE – A Smithville house and barn were destroyed in a fire on Sunday and one firefighter was injured while ..
February 18th

BOCES Rep: Great careers are available at our local hospital

Norwich’s Cole, Lowe are off to the indoor track and field state championships

City of Norwich moves away from selling city hall