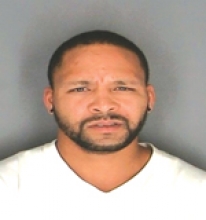 NORWICH – Due to court order, Nathaniel Jenkins, 31, of Binghamton was released from the Chenango County Correctional Facility on Jan. 19, 2016.

These charges stem from a recent incident, where Jenkins was arrested along with five other individuals on Nov. 27, 2015, during a East Main Street trespass call-turned drug bust.

When the Norwich Police Department arrived on the scene, it was allegedly made known by noises heard that there were individuals in the upstairs floor of an unattached garage next to the East Main Street residence.