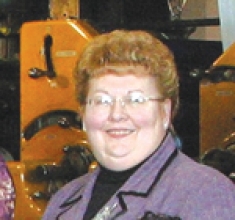 On a personal level, Linda and I go back 40 years when she was my oldest daughter’s kindergarten teacher at what is now Holy Family School. Even then she was straight forward, firm, an excellent teacher for our daughter and for so many of the children that needed that loving mentor on their first step of the education ladder.

On a community level she also had a major impact. For so many years I have told people that there would not have been a Colorscape Chenango if not for Linda and here’s why. 21 years ago Julie Borden brought an excellent idea for an arts and music festival to Mary Lou Stewart, who at that time was the Executive Director of what is now Commerce Chenango. Mary Lou saw this as an excellent opportunity for the community but ran into several roadblocks that put the potential event in Jeopardy. Not the least of which was harnessing the various personalities that would be needed to pull this off. Julie as a very talented artist saw the event happening in a very specific manner without much room for compromise. Her ideas were excellent but not always practical in a community such as ours. It was then that Mary Lou contacted me to see if I would be co-chairman of the event, and after I said yes I realized what just some of the problems were going to be.

Knowing of Linda Green’s many charitable efforts within our community I called Linda, told her a few lies, and convinced her to join our team in a major way to pull off the very first Colorscape Chenango. Fortunately she did and what she was able to do was amazing. She worked with Julie and helped to guide her towards what was needed and more importantly, what was possible. She put together all of the volunteers and found the key people to head up the very specific committees that were going to be needed.

It would have been so easy for this new event to overwhelm all of us and the City as well, but Linda was always calm and what she pulled off was amazing. I do feel bad that so many years have passed since the very beginnings of Colorscape Chenango that many will believe that this event just happened. Trust me, it didn’t. And ... without Julie’s vision and Linda’s ability to put people in the right places I honestly don’t think it would have. I was so impressed with Linda and her talents that I asked her to join us at The Evening Sun where she was a valued employ for many years until her retirement in 2011.

Another gift to our community was coordinating the annual Evening Sun’s Community Parade of Lights held each year on the Saturday evening after Thanksgiving. As with everything she did, she build the parade into the very special event it has become and one that thousands of people have enjoyed over many years. Even after she retired as an employee she continued to be the coordinator of the parade and was honored as the parade’s Grand Marshall in 2013.

Linda has now left us and our hearts and prayers go out to Chuck, her beautiful daughters and her many grandchildren. She will certainly be missed but because of all she had done with the American Cancer Society, the Chenango County Historical Society, and helping to make Colorscape Chenango and the annual Festival of Lights Parade possible, she will never be forgotten.