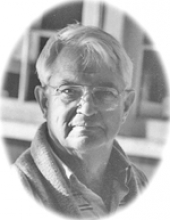 NORWICH –&#8194;Earlier this week, the Norwich community and greater Chenango County lost a key player who made it his life's mission to invest back into the community from which he rose, and today a Mass honoring the legacy of Dr. Thomas M. Flanagan will be celebrated at St. Paul’s Church; the Rev. Ralph Bove, pastor, officiating.

While many elders of the Norwich area know of Dr. Flanagan's contributions, few from today's generation are aware that his impact shaped many of the facilities and programs they utilize everyday.

By all accounts, Dr. Flanagan was foremost a loyal husband and father to his wife, Ester and their seven children; but it can be said that closely following his duties as head of home he possessed high regard to serving his community.

One example of how Dr. Flanagan's legacy carries on can be attributed to the success of programing and outreach made available though the Norwich Family YMCA, which he was a very active and involved in.

Serving as a director and later as President of the Board of Directors, Dr. Flanagan knew that the YMCA was crucial to foster a strong community. In 1974, he was elected to the YMCA Board of Trustees and upon his retirement from the Board in 1995 was made a Trustee Emeritus. Likewise,

Dr. Flanagan was the first chairman of the Chenango County Youth Committee; a director of the Norwich Community Chest (now the Chenango United Way) generous supporter of the Little League and Pop Warner football and also established Nursing Scholarships in honor of his uncle, Dr. T.F. Manley and his brother, Dr. James Flanagan.

Given his generous and caring and witty personality, Dr. Flanagan befriended nearly everyone he met, including Frank “King Kong” Mirabito.