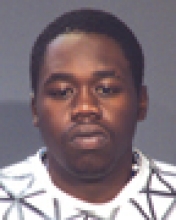 NORWICH— Bronx man accused of selling crack from the Howard Johnson Hotel in Norwich was arraigned on Dec. 5 in Chenango County Court by Judge Frank B. Revoir, Jr.

It is alleged, per the November indictment, on or about June 10 at 4:13 p.m. in Room 123 at the Howard Johnson Hotel located on 75 North Broad St. in the City of Norwich, Rochez, while acting in concert with another, did knowingly and unlawfully possess 15 individually wrapped plastic baggy corner wraps of the narcotic drug cocaine, which he intended to sell.

It is also alleged Rochez did knowingly and unlawfully allow individuals to gather in his hotel room for the purpose of engaging in unlawful sales of controlled substances. Rochez allegedly did benefit monetarily from the controlled substance transactions that took place.

When uniformed police officers asked Rochez his name, he allegedly gave the false name of “Jordan Collins” to avoid being arrested on an active warrant out of the New York City Police Department.

Rochez and his co-defendant were arrested following a complaint to the Norwich City Police Department that the hotel smelled of marijuana. The smell was allegedly coming from Rochez's hotel room.