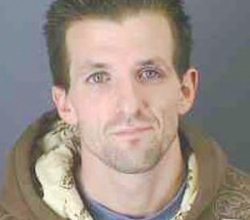 UTICA – A former Sherburne resident who pleaded guilty to murder in the second degree for killing who he thought was his 13-month-old son, appeared in Oneida County Court on Monday for his sentencing.

Instead of sentencing, the hearing had to be adjourned because 31-year-old Ian Gulbin requested to withdraw his plea of guilty. His plea bargain in June came with a potential sentence of a minimum of 22 years to life and a maximum sentence of 24 years to life in state prison.

During the investigation following the death of the little boy, Brayden Gulbin, it was determined that he was not Ian Gulbin's son.

As with normal proceedings, a victim impact statement was delivered, as well as the prosecution and defense attorney's final statement before Gulbin was allowed to speak, Catera Lupi said.