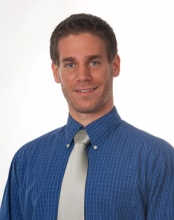 He bleated like a stricken goat while staring forlornly at the last remnants of my bacon, lettuce and tomato sandwich. The whites of his eyes glistened as I wolfed down the remainder of the crispy bacon housed within thin sheets of bread, his paws drowning in pools of drool dripping from his hanging jowls. Later that morning he stuck his entire face into a porcupine’s back and was filled with both regret and quills.

My dog makes some pretty interesting life choices, usually framed around his suspicions of what might or might not be edible. As a hound his motivation in life is pretty clear. One: he’s hungry. Two: he’s rather curious about this strange waddling creature. And three – arguably the most important question and the logical culmination of his first two thoughts – “can I eat it?” Which is of course a rhetorical question as the answer is almost always enviably yes.

People really are not all that different though. More complicated perhaps, but we all have base drives which cause us to do things we probably shouldn’t. Like touching the stove after cooking a meal. Looking up how much money “Home Alone 3” made in the box-office in the face of an impending deadline at work. Or the lady holding a dead skunk by its tail as she steers her motorized wheelchair down the side of a major highway. The base drives in those examples are as follows, curiosity, procrastination and … possibly hunger or maybe pride. Sometimes those life choices have consequences, like failing to meet said deadline or getting burnt. However, there is a lesson to be learned in everything.

Getting a face full of quills is a good example. You see, North American porcupines do not shoot their quills. That is a myth. Instead, what happens when they feel threatened is they stand real still, their easily detachable quills pointed skyward, and leave the rest up to the would be aggressor. Porcupines have an open ended sort of attitude, as in this can go which ever way you want it to.

My dog did not question the strange, squat rodent’s motivation when – instead of running away like everything else – it just hunkered down and waited for him. Everything about its posture calmly conveying, “it’s your move.” No, he did not question the seemingly suicidal behavior of his next potential meal and like all people who see a deal they just cannot pass up, he pounced on it. To his credit, when he pulled his face back with a dozen sharp stake-like quills jutting out of his muzzle, he did not make a noise. He did, however, jump about 40 in the opposite direction. Scampering around he tried every logical course of action available to him. Rubbing his face in the mud oddly enough didn’t seem to work. Licking his chops was strangely ineffectual.

Once I wrestled him to the ground, locking his squirming 115 pound body in a scissor hold, and began pulling the quills out of his snot, he did start crying. Let me tell you the sounds he made were noises I hope to never hear again as long as I live. The whole valley sang with his sorrow. After struggling with him for what felt like an eternity, I finally managed to remove all of the pointy devils. When I let him go he leapt up and – after prancing around for a moment or two – he a caught a new scent and took off again as if he had not just moments ago been screaming bloody murder.

The question I have to ask is whether or not my dog will do it again ... I will not know the answer until the next time he runs into a porcupine, and it will be interesting to see his reaction. Will he have learned to steer clear of porcupines or has he just eliminated one approach to the situation.