To Every Era, Its Magnificence
Published: February 14th, 2013
By: Shelly Reuben 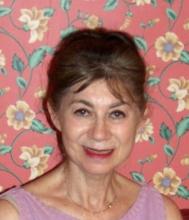 I did not come from a family of storytellers. Although my father was inventive, poetic, adorable, and loving he was not chatty. Getting him to talk was like trying to pry opened a time capsule with a tulip.

My mother was always willing to talk about the past, but most of her stories were about her siblings, her parents, and growing up in Canada.

For stories on a Grand Scale, I had to look elsewhere.

Which was not difficult, because “elsewhere” for me was old films and books. And it was from them that I learned about the two major events that I always wished I could have experienced personally.

I am absolutely certain that even before I saw the MGM movie Mrs. Miniver, I had perceived Londoners during the Blitz as brave, resilient, indomitable and resolute. I knew that people crowded down into the underground to wait for bombing raids to end, and that while there, they listened to concerts, fell in love, knitted socks, slept, and persevered. To me, the idea of those brave Brits going about their day-to-day affairs was a lesson in nobility. Yes, there is war. Yes, there is evil. Yes, death hovers overhead like a thug with a crowbar. But … one must keep his chin up, his spirits elevated, and his courage in tact.