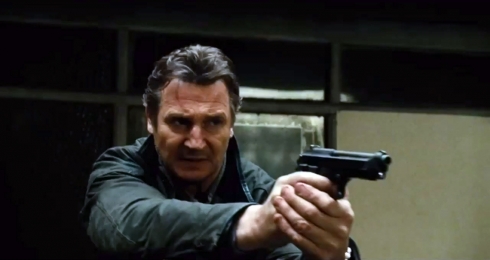 Let’s get ready, Patrollers! Once in a while, the DVD Patrol has to go all action and this week we’ve got a full plate. Your actionmaster, the Toddster, had some fun picking the ones that we’ve got. Things have to get moving and the train is going fast.

Taken 2 - When Bryan Mills (Liam Neeson) had his daughter kidnapped, he did anything he could to get her back. Using his skills as a spy, Bryan was able to bring those that had taken her to justice. Now the same might be done to him in this new adventure when he goes vacationing in Europe. Kim (Maggie Grace) and her mother Leonore (Famke Jannsen) decide to surprise him and join him there. Bryan is also the target of the men who want revenge on him when he took them down for what they did to Kim. They end up getting kidnapped themselves and now the only one that can save is Kim. Can she save Bryan and Leonore and find a way for Bryan to get rid of them once and for all? A few of Neeson’s other movies that can be found on DVD include “Schindler’s List,””Darkman, and “Clash of the Titans” in stores now.

The Possession - Scary Movie Spotlight has a public service message for this week to let you know you have to be careful what you buy at a garage sale. Clyde and Stephanie Barek (Jeffrey Dean Morgan and Kyra Sedgwick) go shopping with their daughter Emma (Natasha Calis) and she sees a box that she likes. Her parents try and open it but they can’t. Some time later, Emma is able to open it and after this she starts to act very strangely. They come to find out that she might be possessed by a ghost that’s trying to make its way back into the world. Clyde tries to do whatever he can for her. Can he find a way to save Emma before it’s too late? Sedgwick is married to actor Kevin Bacon and he has a new TV show called “The Following” starting on Fox January 21.