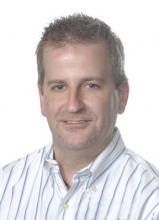 I’d hoped that I could sneak through a couple changes on our Comics page without uproar, but by now I should know better. Even the most minute change to that page – and I’ve done it enough times over the years – upsets the proverbial apple cart so much that it generates phone calls, emails and, my personal favorite, threats to cancel subscriptions.

I don’t want you to do that, of course. And I don’t mess with the Comics page lightly, our out of spite (frighteningly, I’ve been accused of that – What do you have against Snoopy?!?). I’ve come to understand in the last two decades or so that a large percentage of our readership is very, very attached to the contents of the Comics page, and He Who Dares Mess With It has got some serious ‘splainin to do.

That would be me, so here it goes. At the start of 2013, our primary syndicate .... wait, let me back up even further. To answer the question that’s been put to me on every scout troop tour I’ve ever given here, no, we do not draw the comics ourselves. You knew that, certainly, but what you might not know is that we buy them from several different syndication services – at no small cost, I might add. We download the comic strips from various websites every other week (a chore I never look forward to, even with my new bifocals) and assemble the page, piecemeal, daily.

Long gone and lamented are the days when the comics arrived via U.S. mail, and it was Darkroom Dave’s purview to slice them up individually and wax them to life-size page mockups ... but I digress.

At the beginning of this year, our primary syndication service dropped “Cow and Boy” from its lineup. I don’t know why, and frankly until the other day when I discovered that the majority of my newsroom are fanboys, I didn’t much care. I knew I’d have to find a replacement. From this particular service, we buy a daily “bundle,” which includes a few things – features, puzzles, columns and comics – that we don’t use. Sorting through those, I picked “Thatababy” as a suitable replacement for “Cow and Boy.”