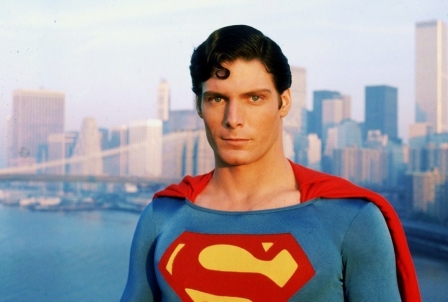 I always try to come up with a good teamup idea but sometimes it’s not always easy. So, I asked the team and they came up with a good one. We all have movies we’ve seen a lot, but there is at least one that we know by heart. Those movies all have some pleasant memories and the guys have some really great stories. Time to tell some stories.

Usually when we write these mini-reviews for The Toddster, I have the IMDB page for that movie up in the background, for reference and to refresh my memory. For this one? No need. While I was a scant 14 when the second Star Trek film with the original cast came out, it wasn’t long after that that I had it completely memorized. I probably only saw it in the theaters twice during the original release, but by the magic of this new-fangled service my father bought for us – Home Box Office – I was able to see Khan Noonien Singh chase the U.S.S. Enterprise through the universe over, and over and over – every time it was on.

And one time when it was on HBO, and mind you this is before we had a VCR (or knew what one was), I propped my trusty cassette recorder against the TV and recorded the entire soundtrack on two sides of a 90-minute tape. Yes, kiddies, I grew up in the days before streaming Netflix in the palm of your hand. I wore that tape down, listening to it in my basement playroom over and over and ... well, you get the idea. To this day, when watching the film on TV, I remember the precise break in dialogue where I had to switch the cassette over to the other side (it’s right after Mr. Spock and Saavik have their exchange in Vulcan after Admiral Kirk comes aboard for the inspection tour.)

Needless to say, “Star Trek II: The Wrath of Khan,” my favorite, and most-watched movie of all time. I watched it on DVD&#8200;not even a month ago, actually. My greatest hope is that J.J. Abrams and crew will not sully that treasured memory when “Star Trek: Into Darkness” comes out this summer.

Winner of five Academy Awards, Ridley Scott’s “Gladiator” rocked the film industry world in 2000. Since then, I have seen the movie more times than I can count, and I still enjoying watching it every now and again, which is surprising considering I usually abhor watching a movie more than once. When “Gladiator” came out in 2000, I was still in middle school, but for some reason my parents let me watch it, regardless of the gore and violence. Maybe that was I why I became so fixated on the movie, watching it over and over again, simply because it was the taste of something forbidden. Though watching it almost 13 years after its release, I maintain my fascination surpassed my outdated interest in simply watching something because I shouldn’t be. In the end, “Gladiator” is really just a great movie. I was disappointed the first I saw the movie though, when the main character bites it in the end and the credits roll with the Rome’s political power being placed back into the hands of the senate. I found that element particularly disappointing because the Roman Republic was never actually restored after Julius Caesar took power. I still do feel it to be the weakest part of the movie, the fact that Ridley Scott played off of his audience’s love of democracy, making a key component of the movie’s plot a misleading lie.

I really felt let down as a kid when I learned a major driving force of “Gladiator” was a complete fabrication. Still it did add a heroic, bigger than life, element to the movie. Russell Crowe wasn’t just out for blood and vengeance, he also strove to free the people from the shackles of oppression.

“Some men are Baptists, others are Catholics. My father was an Oldsmobile man.”

It’s one of a least a hundred other lines I say in unison with Ralphie every time watch “A Christmas Story.” I’ve seen the movie more times than I can count, thanks in part the 24 -hour “A Christmas Story” marathon on TV every year; and partly because my loving wife bought me a DVD copy a few years ago, which just repeats over and over on the week of Christmas.

It’s arguably the most quoted movie in all of movie history, and for good reason; it’s relatable. Who hasn’t wanted a certain toy for Christmas, had their mouth washed clean of the “F-dash-dash-dash” word, frozen their tongue to a flagpole, or been duped by the marketing team of a famed chocolate drink company (be sure to drink your Ovaltine). It became an instant holiday classic after its release in 1983 and remains one of my all-time favorites, Christmas time or not.

What makes “A Christmas Story”&#8200;even better is Ralphie’s take on life: Ralphie vs. the world. No one should stand between a boy and his childhood fantasy. In an endless list of Christmas movies – most of which are terrible, quite honestly – Ralphie is one character who I admire. For most people, it would be easy to give up after Santa himself booted you out of his sight. Not for Ralphie, the pioneer of Christmas fantasy.

The movie’s success has made it a fixture in pop culture too. Honestly, I have more than one pair of “A Christmas Story” pajama bottoms that I received as Christmas presents. The official Red-Ryder BB gun is still a popular Christmas gift. And the other day, I saw a brightly glowing leg lamp on display of a storefront window – a major award if ever there was one. Love it or hate it, “A Christmas Story” is a defined Christmas classic and as such, beckons to be seen at least once. Or in my case, for the 967th time.

I could lie and say it took me hours to come up with the one film I’ve seen more than any other, but let’s get serious here ... is anyone going to be truly surprised by my choice of George Lucas’ legendary science-fiction, space opera, “Star Wars Episode IV: A New Hope,” otherwise known simply as “Star Wars” before Lucas’ not-so-brilliant idea of the dreaded prequels?

And I’m certainly not going to waste a whole lot of time on the film’s plot; if you haven’t seen “Star Wars” by now then anything I say isn’t going to change that. Needless to say, young man seeking adventure goes out into the galaxy following the death of his aunt and uncle – who have raised him from birth – learning the ways of the Force along the way and eventually landing a huge blow against the dreaded Empire.

While “Star Wars” may not be my all-time favorite film of the franchise – a right reserved for “Episode V: The Empire Strikes Back,” it is, as the original inspiration for all things Star Wars, a fantastic movie, and one that I’ve seen ... well ... probably hundreds of times ... seriously. The special effects, for the time, were absolutely unbelievable, and still stand up to this day, in many ways. I first saw the film as a young, young child (I believe I was all of three years old at the time), and yet – when flipping channels on any given evening, if “Star Wars” happens to be on, I must watch.

Seriously, I don’t think I’ve ever changed the channel if a Star Wars flick comes on. Sad, but true.

Lucas’ recent sale of the beloved franchise, not to mention the announcement of an Episode VII, of course, has me more than a bit concerned. Yet there’s really nothing that can ever replace the memories I have of the classic sci-fi tale, not even Jar Jar Binks.

And before I forget ... Han shot first.

If I had to pick one movie that I’ve seen the most in my life, it has to be my favorite movie of all time – “Superman” starring Christopher Reeve. When I was a kid, my parents went and picked up a camper. This had the only working 8 track player in it and my Mom bought me a copy of the soundtrack for the movie. I must’ve played that tape 100 times. Like Jeff, this was long before there was the internet, compact discs, or even streaming songs. (Nothing wrong with a little old fashioned fun).

A couple of weeks later, I went to stay with my cousins and “Superman” was going to be on TV for the first time. I was excited but my cousins let me stay up later to watch it. The next day, I was dragging at school because I was up so late but that didn’t change the fact that this was Superman. Every year, it became an annual affair to catch it. Then, VHS tapes became a lot more available and I know I went through at least two tapes.

Superman is a character that may change a little no matter if he’s in comics, television, or movies. I think back in 2006 when X-Men director Bryan Singer changed gears and did “Superman Returns.” This movie is not considered to be a success, but I still like this one. I’ll be curious to see the new “Man of Steel” hitting theaters this summer.

2013 comes next week and there is only one thing left to do – pick our top five for the year. It’s going to quite a list. The guys on the team will be back in February with even more teamups, too. See you in the new year!By Todd Campbell

The do’s and don’ts of charitable giving