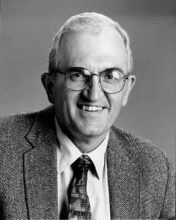 Don’t you think maybe you should? After all, this is the highest office of the land, and all that. How can you say you are well informed for this election if you have yet to read something substantial about both guys? Is your plan simply to depend on a few sound bites and attack ads? And a slip-up in one of the debates?

Have you even gone to the website of your guy? Of the other guy? Have you read their positions on the issues?

If you haven’t done any of this, join the crowd. Most voters do a minimum of prep.

Well, if you always vote the same party, why bother? We know your vote for the next ten elections. And if you vote in a state that is not a swing state, why bother? You know your state’s electoral votes are baked in the cake.

We could declare all the electoral votes from the non-swing states two months before the election. Then the debates could be directed solely toward voters in the swing states. And on election night we could simply follow the returns from those states.

Maybe you should still vote. Even if your vote doesn’t count. Show your spirit. Show your patriotism. To whom, though? Nobody is going to pay attention. Because your state’s electoral votes are already in the bag.

Wait a minute. There must be some reason to vote. Well, how about for the honor of it? Many people in this world are denied the vote. Go vote, to show the world you are proud to possess and practice this right.