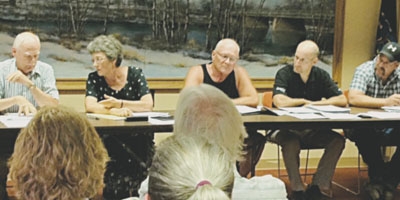 The vote was 4 to 1 with Councilwoman Mary Jo Long opposed. Two speakers representing both sides of the argument addressed the board for an alloted 20 minutes. Based on applause and other encouragement heard from the 65-member audience, the board’s action was overwhelmingly supported.

Afton joins the towns of Bainbridge, Preston, and Guilford, who also chose to endorse the New York State Department of Environmental Conservation this week. All but Preston adopted a resolution that was written and proposed by the Central New York Landowners Coalition. The CNYLC document specifically advises against bans or maratoriums on drilling that would jeopardize a potential statewide influx of $11.4 billion from natural gas development. Preston’s version, although original, also recognized the DEC’s ability to safeguard the local environment, recognize property owners’ rights and hold the gas industry to the same standards as other industries operating in the state.

The DEC has been compiling and composing safe drilling procedures since 2008, when concerns were raised about high-volume hydraulic fracturing, the method that made it economically feasible to extract oil and gas from the Marcellus Shale. Fracking, as it’s called, unlocks trapped gas by injecting a well with millions of gallons of highly pressurized water mixed with a solution of soap, sand, and chemicals that some worry has the potential to contaminate drinking water.