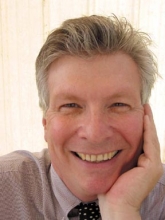 The big rap against homeschooled kids seems to be that they aren’t “socialized.” I asked a longtime member of a big-city school board about homeschooling, and he shook his head and rolled his eyes.

“Those kids are nothing but problems,” he said. “They’re not socialized. We had one boy who wanted to go out for football because that’s something you really can’t do at home, and when he got to the locker room, the other kids found out he didn’t even know how to snap a towel or give a wedgie. That’s the problem with homeschooling.”

Yes, why can’t homeschooled children act as if they’ve been raised by wolves like socialized children? What were their parents thinking?

I can always tell if children are being schooled at home. They call me “Mr. Mullen” instead of “dude,” or “yo,” or a couple of words that we can’t print. Homeschoolers are usually smarter and more talented than I am. Regularly schooled children may be smarter than I am, too, but since they are socialized to be uncomfortable speaking to anyone outside their age group, I will never know.

Many people pooh-pooh the idea of homeschooling on the grounds that it is just a way for controlling parents to be even more controlling – as if uncontrolled parenting and conventional schools were working out fine and dandy.