Brooks Williams To Perform At 6 On The Square
Published: April 1st, 2011
By: Jeanie Petersen 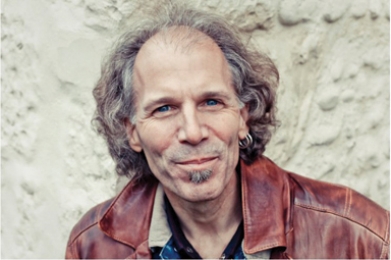 OXFORD – On Saturday at 7:30 p.m. 6 On The Square (6OTS) is proud to present, Roots n’ Blues premier guitarist, singer and songwriter, Brooks Williams. For over twenty-three years Brooks, a self-proclaimed “certified road-warrior,” has been wowing audiences from Belfast to Boston, London to Austin, Toronto to Istanbul, with his powerful acoustic and resonator slide guitars. His unique combination of traditional and original music inspired Dirty Linen magazine to call Brooks one of “America’s musical treasures.”

The last time Williams was at 6OTS, he was celebrating the release of his sixteenth CD, The Time I Spend With You, which went to #3 on the FolkDJ charts. His latest release, the stunning 2010 recording, Baby O. (his first CD recorded in the UK), charted at #29 (in 2010) for Album Of The Year, top song of the year for “Frank Delandry,” and top artist of the year. Other Baby O. songs featured are, “Walk You Off My Mind,” and “Grinnin’ In Your Face.” The Time I Spend With You featured three top ten singles, including the Mississippi Fred McDowell standard, “61 Highway”. Brooks Williams, rated one of the “Top 100 Acoustic Guitarists” of all-time, regularly brings audiences to their feet with his high-energy sound of rootsy originals, bluesy classics, and fiery fingerpicking.