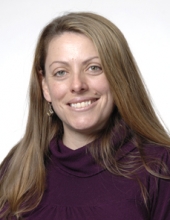 I spent much of this past weekend feeling like I’d been in a high-speed wreck. Sore doesn’t begin to describe it. Muscles I didn’t even know I had, ached. And there was bruising on parts of my body which I had previously considered well-cushioned.

I have no regrets about what put me in that kind of shape, though. You see, last Thursday I was privileged enough to spend the day at Greek Peak in the company of some of the most amazing people I’ve ever met in my life. They were the participants and volunteers involved with Winter Challenge, a non-profit program which helps adults with physical disabilities learn to ski or snowboard.

It had been years since I’d been skiing and frankly, I was never any good at it. But the fear of personal injury didn’t deter me from taking on the assignment. As soon as Jeff told me the program’s co-founder, Robyn King, had asked if one of The Evening Sun’s intrepid reporters would be interested in covering the event, I jumped at it.

I was already familiar with Winter Challenge to a certain extent thanks to Doreen Rowe, a classmate of mine from Leadership Chenango. She had talked often about her work as an adaptive ski coach and this program in particular. It’s something she’s very passionate about.

NORWICH — The annual Norwich Business Improvement District (BID) Saturday in the Park with Chobani events got off to a ..
September 26th

Old Blind Dogs to perform at EOH on October 1

Holy Family students give back with book donation