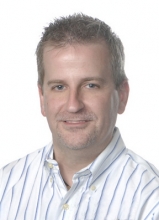 It was a simpler time ... sock hops and poodle skirts, bouffants and soda fountains. It was a time when you could ... oh, who am I kidding? I’m far too young to remember any of that.

But not too young to appreciate it. The 50s, that is. And that’s exactly what I reveled in last week as the Chenango River Theatre’s latest production, “The Marvelous Wonderettes,” debuted in Greene. If ever there was a “feel-good show of the summer,” this is it.

“Wonderettes” is the story of a group of four songleaders (think cheerleaders, but with, well, songs) at Springfield High School in 1958. It’s Senior Prom night, and when the boy’s glee club lead singer gets suspended for smoking, the girls of the Wonderettes are called in as last-minute subs. Throughout the course of the evening, the girls perform hit after hit, all the while revealing a little bit too much about their personal lives as they scramble to entertain their peers.

You knew each of these girls in high school. I know I did, even though they were wearing leg warmers instead of bobbysox. There’s the prima donna, Cindy Lou (Katie Donahue), who yearns for the prom queen tiara and the attention of all the boys. Then there’s the scrappy Betty Jean (Rebecca Kasper), the wisecracking gal pal who lives in Cindy Lou’s shadow. Missy (Serena Brook) is the bookish do-gooder who tries desperately to keep the group on task, and finally Suzy (Melissa Powell), the bubbly one without a whole lot going on upstairs.

The interaction among the girls – with their constant fixation on boys and gossip – is every bit as entertaining as the songs they sing, and you’ll know them all. From the opening “Mr. Sandman” to such standards as “Lollipop,” “Dream Lover,” “Leader of the Pack” and “It’s In His Kiss (The Shoop Shoop Song),” the classics really never do go out of style, and they’ll have you singing right along.

The pace of “Wonderettes” is frantic, as the girls juggle their interpersonal conflicts along with the evening’s entertainment. Frankly, I don’t know how they maintain such non-stop energy, but they do. My personal favorite was Rebecca Kasper, whose mugging even when she’s not the center of the action keeps your eyes glued on her, waiting for her next hysterical act. Oh and Katie Donahue, too. What a beauty, even in her vanity. Melissa Powell, all bubble gum and cotton candy; she’s a charmer. And how I laughed when Serena Brook’s character revealed her crush on her teacher. Oh, heck. I loved them all.

A special shout out to “Mr. Lee” at the Aug. 19 performance. The character is the girl’s songleader leader (and Missy’s crush) – but he’s played by a random audience member the girls choose. Whoever that guy was that night, God bless him. I’d be mortified (never been a fan of audience participation), but he was a good sport – especially when the girls serenaded him on stage with “Teacher’s Pet” and, of course, “Mr. Lee.”

Just when you think Prom Night couldn’t get any more fun, it’s time for intermission. When the girls come back, it’s 10 years later, and the Springfield High reunion. Particularly impressive was their updated “mod” fashions and hairdos, very “Laugh In.” Of course, a lot has happened in the ensuing decade, and the girls are at it with each other once more. Betty Jean, I think, stands out again with an angry “It’s My Party,” and Missy puts Mr. Lee in his place with “You Don’t Own Me.” All’s well that ends well, as you’d expect, and the quartet wraps it up with “Thank You and Goodnight.”

Between the music and the nonstop laughs, I had no idea that two hours had gone by so quickly, much less two decades in “Wonderettes” time. When the girls promised to be back in 1978, I actually wished they would.

Take a trip down memory lane with “The Marvelous Wonderettes.” The show runs Thursday-Sundays, now through Sept. 12. For more information, go to www.chenangorivertheatre.org.