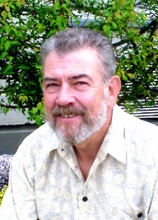 When I was a youth many roads and streets were lined by towering American elm trees, but during the 1950s and ‘60s an invasive disease called Dutch Elm Disease (DED) began killing them. Scientists believe that the fungus that causes DED originally came from the Himalayas.  It travelled to Europe from the Dutch East Indies in the late 1800s. In the 1930s, the disease spread to North America on wooden crates made with infected elm wood. Today it’s rare to find a native elm still alive and growing.

In 2007, the initial news media and study claims about manmade global warming versus natural climate change debates caught the public’s attention. And that debate remains ongoing. In 2008 US voters went to the polls and voted for change, but now some are having second thoughts as they live the changes being made. However, far less publicized was what is happening to our indigenous ecosystems as literally hoards of invasives have declared war on many of them. In the process we are very apt to see major changes in what we’re accustomed to seeing in our outdoor world.

Beginning in the 16th century, farmers in North America introduced wheat, rice, soybeans and cattle, among other imports, which today make up huge portions of U.S. food production. However, some non-native arrivals have been devastating. Gypsy moths, brought to Massachusetts in 1869 by a would-be silk farmer, managed to escape, reproduce and strip the leaves from millions of acres of forest. Descendants of some 100 starlings unleashed in New York City in 1890 now number 200 million, crowding out native birds from coast to coast. The Japanese vine kudzu was transplanted to the U.S. to prevent erosion; it has since run roughshod over 10 million acres in the Southeast.

Beginning with the Plant Quarantine Act of 1912, the U.S. has implemented a series of laws to strengthen its eco-defenses, most seeking to prevent dangerous wild things from reaching American soil (obviously a more realistic goal than controlling them once they arrive). Worldwide, invasive species cause an estimated $1.5 trillion in damage every year, nearly 5% of global GDP. Why haven’t the quarantines worked? Because like most laws implemented, there’ll always be law-breakers.

The American chestnut blight was accidentally introduced to North America around 1900, either through imported chestnut lumber or through imported chestnut trees. By 1940, mature American chestnut trees – which once were 4 billion strong in the U.S. – were virtually wiped out by the disease. In 2009 the Emerald Ash Borer Beetle was discovered in New York, after having spread to 14 other states and adjacent parts of Canada. It has killed at least 50 - 100 million ash trees so far and threatens to kill most of the ash trees throughout North America. Ash trees make up about 7 percent of our state’s forests. This is just the latest in a series of terrestrial and aquatic invasive species detections across New York State, including the Asian Longhorned Beetle, Sirex woodwasp, didymo, zebra mussels, and Eurasian water milfoil. In all, there are more than 50,000 invasive species in our nation today, and all these have a potentially disastrous impact on our indigenous ecosystems.

Anglers are well aware of what aquatic ecosystem invaders can do, be it zebra mussels, didymo, or the abundant carp that fill our rivers and many lakes. Interestingly, it was our own government that was responsible for importing carp to our waters. Prior to 1900, native North American fish were viewed as vital natural resources for a rapidly growing nation. Most of the fish we regard today as sport fish were harvested commercially by the millions of pounds. In 1871 President Grant appointed the US Fish Commission to oversee the nation’s fisheries interests. Among the first tasks was to consider what species to introduce to bolster the nation’s supply of food fishes. They chose the carp. Over the next few years many states were involved in the propagation and stocking of millions of carp. Our latest “gift” from Asia are also members of the carp family, and these could change our aquatic ecosystems big time.

NORWICH – During a meeting last week on the 2021 proposed budget, the former City of Norwich mayor, Christine Carnrike, ..
November 24th

On Football: Getting to January a major challenge for NFL

Reminder: Parade of Lights for 2020 is canceled