Nobody Did It Better
Published: July 1st, 2010
By: Shelly Reuben 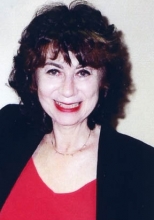 I had my radio on this morning, and without realizing it, a huge smile drew a half-moon across my face. Suddenly I started to croon along with Carly Simon:

Nobody does it better

Makes me feel sad for the rest

Nobody does it half as good as you

Charlie was a Supervising Fire Marshal for the New York City Fire Department when I met him. Soon after, he became a special agent for the New Jersey State Commission of Investigation. The commission had been formed when gambling came to Atlantic City, and it was Charlie’s job to investigate everything from crooked judges, to tax fraud in the construction industry, to gangsters running trucking companies. I also seem to remember him doing something vaguely sinister with donuts in a coffee shop across the street from a courthouse, but maybe he was just eating them.

I wasn’t lookin’ but somehow you found me

I tried to hide from your love light

The spy who loved me

Is keepin’ all my secrets safe tonight

While he was working as a special agent, I lived in a railroad apartment in Manhattan. In some ways, it was a dream tenement, squalid enough to be romantic, but on the Upper East Side, so all of my neighbors were rich. The other tenants in the building were picturesque enough to populate a Puccini opera: A beautiful woman dying of cancer on the second floor. A three hundred pound ex-clerk for a Supreme Court Justice on the third. A drunk named Vinnie on the fourth floor (he used to pass out in foyer so I had to step over him to get inside). A lady-like 86-year-old man on the fifth floor who looked like Quasimodo and called himself an interior designer.

Well, me and Charlie, if you count the times he slept over and woke me up before sunrise to get him ready for work. He used to stand in my primitive kitchen (warmed by an illegal open-flame gas heater), and I would wrap a wide Ace bandage around his rib cage to conceal the miniature Nagra tape recorder hidden here to document meetings with chatty bad guys. Before he left for work, we used to drink cinnamon flavored coffee and eat black bread topped with slabs of hard cheese.

It was all very exciting. Like being in a Warner Brothers movie about French Resistance fighters preparing for a dangerous mission during World War II. Like being in love with a special agent who was sort of a “secret agent” which, of course, meant that like James Bond, he was practically a spy.