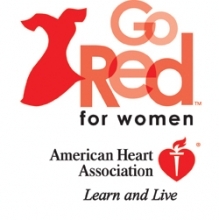 CHENANGO COUNTY – February is American Heart Month, and Friday is “Go Red for Women,” a day meant to create awareness that America’s number one killer of woman is heart disease.

Local health professionals are asking residents to join them tomorrow in showing their support for women’s health by wearing red.

Heart disease is also the number one killer of men, and “Go Red for Women” was originally designed to break the old sexual stereotype that heart disease is more of a “man’s disease,” explained Chenango County Healthy Heart Coalition Co-Chair Linda S. Lewis-Moors.

“More women die of cardiovascular disease than the next five causes of death combined, including cancer, yet studies show that only 21 percent of women view heart disease as their greatest health threat,” reported the American Heart Associate on their web site at www.goredforwomen.org. According to the site, more than 42 million women are currently living with heart disease.

The association also reported that in 2009, an estimated 785,000 Americans had a heart attack for the first time and about 470,000 had a recurrent attack. Cardiovascular diseases alone racked up an estimated cost of $475.3 billion in 2009.

No exception to the rule, heart disease is the leading cause of death of women in Chenango County.