All I Ever Needed To Know I Learned From Eating Dog Food
Published: October 21st, 2009
By: Michael McGuire 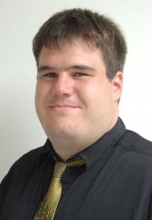 Interestingly, Milk Bones do not whiten the teeth or freshen the breath of humans. Apparently a sour, dry, gritty, meat feed pressed into the shape of a mini-femur only clears up Harley’s halitosis. Not that we’d pop them like Icebreakers if they did erase coffee breath.

If you’ve never tried one, aside from tasting like mortar looks, one bite of a Milk Bone will suck the water from your mouth quicker than a ShamWow. To swallow or spit becomes impossible. A horrifying limbo. So horrifying, Milk Bone-boarding was implemented for a short time in terrorist interrogations, until it was discovered that detainees could not talk after, even if they wanted to.

The baby-sitter’s kids told me Milk Bones tasted like Chips Ahoy. I was four years old. Cookies and pudding were all I dreamt about. They knew that. Preyed on it. Blind desire made me a mark. They could have convinced me nickels were Keebler Fudgekins. So I learned the hard way that Milk Bones taste like Milk Bones.

And the experience taught me, and anyone else that was fed kibble at a young age, a few valuable lessons:

1. Don’t be stupid. If it looks like a Lincoln Log and smells like a hamster, it doesn’t go in your mouth. Even at four I could understand that. Just needed some guidance.