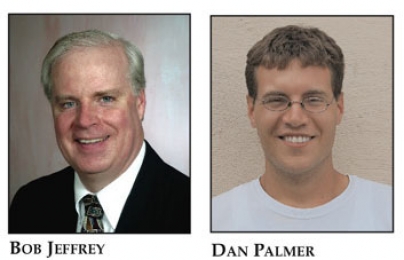 NORWICH – A political newcomer is challenging a one-term incumbent in the city’s only contested primary Tuesday – a race for the Republican ticket in November’s 6th Ward Alderman election.

No matter who wins Tuesday, the two could still meet again in the general election.

Dan Palmer, a resident of 18 Hickok Ave. and owner of The Broad Street Tavern, says he’s making his first run for office to get involved in the community, be a leader who’s visible in the 6th Ward, and better understand city spending and policy making. He believes there are opportunities worth looking into that could strengthen Norwich’s economy long-term – such as transforming the city’s Morrisville State campus into its own college – and restore it to past glory.

Incumbent Robert Jeffrey’s objectives if re-elected: Mitigate the city’s rising state retirement costs; continue to secure funding for cleaning up blighted properties in the 6th Ward and elsewhere; encourage developers and landlords to build and rent quality housing; and keep working to restore the safety and sense of civic responsibility once prominent in his neighborhood and others before manufacturing jobs faded.

Primary polls open will be open from noon until 9 p.m. in the Norwich High School gym lobby on Midland Drive.

Jeffrey and Palmer handed in petitions as independents, meaning who ever loses Tuesday could still run in the general election on an independent party line.