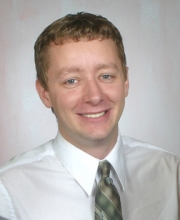 So they say that today, everyone is Irish. One of the things I like about St. Patty’s Day (besides the drinking) is that just about everyone I know takes the opportunity to reveal a faint, yet glorious, genetic root connecting them to the green isle.

Did you know that currently there is a movement to get the holiday nationally recognized as an official one? There’s probably a half a million signatures on some petition somewhere crying out for our elected officials to take action. One of my friends was surprised that I thought it was a ridiculous idea.

Although I carry one of the most Irish last names in the book, I can’t imagine ever making St. Patty’s Day a real holiday.

As I sit here today I can’t honestly tell what significance the day holds. All I really know historically is that it celebrates St. Patrick, a patron saint of Ireland. You know, the guy who drove out all the snakes.

Not finding much historical ground here to justify why it should be an American holiday.

Ah, but my friend pointed out that the historical part of the modern tradition plays a minuscule part in celebrating one’s Irish heritage in honor of the role Irish descendants played in developing American culture.