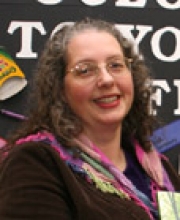 NORWICH – More than two months after the New York State Comptroller’s office released a report alleging that the Guernsey Memorial Library Director made $15,000 in questionable purchases, the board accepted the resignation of Melanie Battoe Thursday night.

As a result of the audit findings, Battoe was placed on administrative leave on Aug. 29 pending a further decision by the library board. During the same time, the board also decided to end its computer services contract with Battoe’s husband, Jeff Jones. Battoe’s husband had received $7,800 for computer repairs and service without proper authority or a written contract, something the state comptroller’s office said was a conflict of interest. A written contract was established with Jones before the completion of the audit, but that contract was terminated at the end of September.

According to the board, Battoe submitted a letter of resignation on Wednesday, Oct. 8. The board was informed about the letter during an executive session at Thursday’s meeting. Battoe’s resignation will be effective on Nov. 30. Until that time, the director will remain on paid administrative leave.