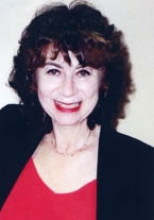 Imagine that I have just snapped my fingers and demanded, “Quick. Without thinking first, name the greatest magician who ever lived; then tell me who was the world’s greatest writer of detective fiction.”

I would be willing to bet that 99 percent of you would blurt out the same two names: For magician, the legendary escape artist: Houdini. For writer, the creator of Sherlock Holmes: Sir Arthur Conan Doyle.

So. We are in agreement on that.

Both men have always fascinated me, and two books about their lives are so good that I would love to chain you to a chair and make your read them: Houdini by Kenneth Silverman, and Teller of Tales: The Life of Arthur Conan Doyle by Daniel Stashower. These books detail how different their public images were from the lives that they actually led. What I learned about Houdini thrilled me. What I learned about Sir Arthur Conan Doyle left me embarrassed and a little sad.

Let’s look at Houdini first: He was billed as: World’s Hand-cuff King and Prison Breaker; Manacled Bridge Jumper; and Originator of the Milk Can and Suspended Straitjacket Escapes. He vanished elephants; swallowed needles; pulled rabbits out of hats, and was buried alive. His posters proclaimed that he was “The Greatest Necromancer of the age – Perhaps of all Times.” And he probably was.