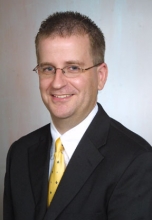 Due to the advent of my 40th birthday, I regret I will not be able to see (or review) Norwich High School’s musical “My Fair Lady” this year. By the time Mark Sands’ annual production rolls around that first week in April, I’ll be beginning my mid-life crisis in earnest in sunny Las Vegas.

It’s something I’ve looked forward to doing every year, so, other than rearrange my trip or alter my birth certificate, what could I do to satisfy my yen for musical theater, high school style? How about a trip up north to Sherburne-Earlville, I decided, to see Paul Zona and company’s rendition of “She Loves Me?” I did just so last night, and I’m happy to say the S-E crew makes a worthy and entertaining substitute.

I’ll readily admit that as I drove up to Sherburne last night, I had absolutely no idea what to expect. Though I’m somewhat of a musical theater aficionado, I had no idea what “She Loves Me” was about. It might be a lesser-known musical to the masses, but the plot is familiar. Based on a play by Hungarian author Miklos Laszlo called “Parfumerie,” “She Loves Me” tells the tale of a group of clerks who work at a European emporium (think Bath & Body Works, a century back) and their romantic entanglements. The intrigue centers around shop workers Georg Nowack and Amalia Balash who, despite being consistently at odds with each other at work, are unaware that each is the other’s secret pen pal met through lonely-hearts ads.

Sound familiar? It should. The classic movie version starred Jimmy Stewart and Margaret Sullivan, renamed “The Shop Around the Corner.” Contemporary audiences would recognize it set in a book store in the Tom Hanks-Meg Ryan hit, “You’ve Got Mail.”

The 1930s version is entirely implausible in today’s world of text messaging and MySpace, but its romantic sentiment endures – thanks to the engaging chemistry of its two stars, Ellen Fagan and Adrian Enscoe, who capture the retro black & white movie repartee brilliantly as Amalia and Georg. I believed I’ve raved about the talents of these two young performers in past reviews, and they more than live up to those expectations in “She Loves Me.” Miss Fagan is Hepburn-esque in her portrayal of Amalia, her comedic timing ideally suited to the pre-WWII vibe. Mr. Enscoe has that unnamable spark that only a lucky few high school performers have – he commands attention even when not the focus of a scene.