Everything In Its Place
Published: February 1st, 2008
By: Jeff Genung 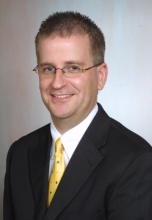 Cleanliness is next to Godliness, so they say. And if that’s true, then we done found religion down at the ol’ Evening Sun.

With Progress Chenango 2008, inarguably our most expansive project of the year, squarely behind us, it’s time today to turn our attention to the future, to map out the year which lies ahead, to set goals and establish new priorities.

But first, I’ve got to clean the office.

I’ve always been something of a neatnik, and my fastidiousness in this area has grown exponentially with time. What started in childhood with putting all the Crayolas back in the box, ordered by hue, has evolved into what some would call a good old-fashioned obsessive compulsive disorder.

‘A place for everything and everything in its place’ is a mantra which I believe we would all do well to live by. My frustrations usually arise from trying to convince others that this is the golden rule. At home, this order is easily established. My home is my castle, and as King I reign benevolently over my loyal subjects. Rare is the happenstance when we wouldn’t pass the proverbial white glove test.

Work, however, is a different case entirely. One could argue that I rule the roost here as well, but I’ve found over the years that legislating neatness is an arduous and often fruitless effort. In my later years, I’ve come to accept that a productive, well-adjusted employee is more valuable than an ordered, methodic one. And, every once in a while, I get lucky and get one who is both. Right now, I’d say I’m about half and half.