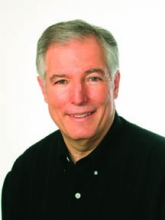 It was on a panel 20 years ago at a Government Affairs Breakfast Forum, presented by what was then called the Chenango County Chamber of Commerce, that I presented the idea to study and to move forward with the concept of government consolidation. I gave several examples of why we should consider this and I finished by saying let us move forward today with the goal that in 20 years, we would complete this mission. The thought being then that in 20 years, those in the room would no longer be involved in our local politics and we could actually get this done. Boy, was I wrong!

I was away last week and missed out on the chance to be more current with this response. For many years there have been meetings on community cooperation (you didn’t dare mention consolidation) and at these meetings many of us requested a study to see if there were any potential benefits. Members of the Town of Norwich board attended those meetings and gave limited lip service to doing a study and when the opportunity was finally here, they voted with such a lack of vision it hurts.

Many of you ask why would the town ever want to join with the city because of all of the tax-free property and limited resources the city has to raise money. The main reason we should be working together is because if you live in the Town of Norwich, you are part of the greater Norwich area which includes the city. And you gain from all of the quality of life benefits that this city provides without paying anything to the city. Does your family go to church in the city, to the Y, to the hospital, to Norwich Schools, to Morrisville College, to the county fair, to the County Office Building, and to all of the events held in the tax-free city parks? I know the Town has a Wal-Mart, but if one of your kids breaks a leg you probably will pass on the Wal-Mart and be happy the city has a hospital.