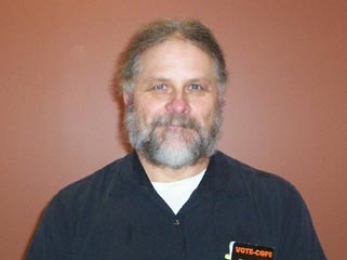 Growing up in the suburbs of Maryland, this city-raised child was always just a big country boy at heart.

Michael Foor-Pessin, a resident of the South Otselic area for the past 30 years, says his love for farming stemmed from the summers he spent in the Midwest at his grandparents’ farm. You couldn’t get into trouble in the middle of nowhere, he explains, whereas in the suburbs, he says he may have easily found himself with the wrong crowd.

After graduating from Woodlong High School, Foor-Pessin headed towards earning his undergraduate degree from the University of Maryland, where he met his wife Terry. Still carrying the idea of wanting a small farm, the couple moved to upstate New York.

After moving to the area, Foor-Pessin explains he and his wife were both involved in the social services scene in Syracuse. Caring for at-risk teenage girls, the couple acted as house parents in one of the worst neighborhoods in the city. “I loved working with the children,” he says, “but I just wanted to figure out how I could intervene earlier on with them.” Foor-Pessin then continued his education at SUNY Cortland, where he earned his master’s degree in English and education.