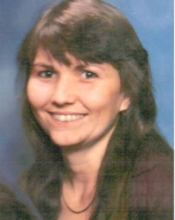 NORWICH – The Norwich City Police Department is looking for clues into the whereabouts of a Norwich woman. Tammy L. Periard, 45, of 167 East Main St., has been missing since Monday morning.

Periard is described as a white female with a dark complexion, straight brown hair and brown eyes. She is 5’ 3” and approximately just over 100 pounds and was last seen wearing a black leather jacket and dungaree jeans.

Police are asking anyone with information who could assist in locating Tammy Periard to call them at 334-2424.

“The family was adamant from the very first report that this was out of character for Tammy,” said Police Chief Joseph Angelino.

Family members reported Periard missing Tuesday afternoon; however the last time she was seen was Monday morning. “We know from a witness she was at one of the apartment houses Monday morning at 8 a.m. From that point, we are looking for any leads to her whereabouts,” said Angelino.

Police said Periard is well-known in part because she, for many years, has managed several apartment houses in and around the City of Norwich.

“We have no reasonable explanation why her car would have been parked there. None of her managed buildings are near the location where her car was found. This is very unusual,” said Angelino.

“We’re hoping Tammy shows up at home or calls a family member. The family is quite distraught by all of this,” said Angelino.

Police entered Periard into the nationwide data bank of missing persons and have requested police radio broadcasts throughout the state.