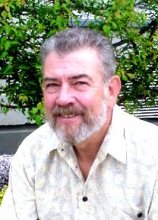 They're baaack ...deer on our local roadways, that is. After Labor Day, the number of car-deer accidents begins to increase, usually peaking in the months of October and November. Annually, according to the National Safety Council, there are more than 1.5 million accidents involving deer nationwide, causing an estimated $1.1 billion in vehicle damages, 150 lives lost, and more than 10,000 injuries. In New York alone there were nearly 9,000 reported last year, and a Cornell study indicated that only about one in six car-deer accidents are reported.

For years, whitetail deer have been increasing throughout the nation and that includes New York. Combine the deer increase with the increase in vehicles on the roads, and the recipe is for more accidents occurring. As an auto insurance agent once remarked to me, "There are two kinds of insureds – those who have hit a deer, and those who will." More accidents mean insurance rates increase, and anyone who has struck a deer can testify to it not being an experience they want to have reoccur. But it often does, especially in suburban or moderately populated rural cluster areas. So, what's the answer?