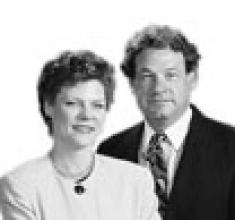 Democrats think they’ll take back the House this fall for the first time in 12 years, and most independent analysts agree with them. The well-respected Charlie Cook foresees “a very large tidal wave election” sweeping Republicans out of office.

But this elation could be premature. Republicans have used their majority to build a series of impregnable – and in some cases, illegal – seawalls against just the sort of “tidal wave” Cook sees coming. The power of incumbency in Washington is greater than ever, and even if the voters clearly believe “it’s time for a change,” they might not get it.

Mark Mellman, a well-connected Democratic pollster, is realistic about his party’s problems. “There’s a big anti-Republican wave building,” he told the Christian Science Monitor, “but that wave will crash up against a very stable political structure, and nobody will know till Wednesday morning (the day after the election) which is more important – the size of the wave or the stability of the structure.”

Don’t be fooled by Connecticut’s Democratic primary, where Sen. Joe Lieberman lost to a challenger, Ned Lamont, running on a “throw the bum out” platform. Lieberman was an easy target compared to the Republican House members who have created safe districts and huge war chests to insulate themselves from the wrath of the voters.

Author: Steven and Cokie Roberts - More From This Author