We Seem Hogtied When It Comes To Reform
Published: July 3rd, 2006 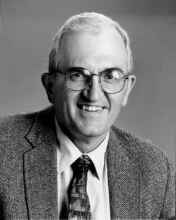 One of the hallmarks of a healthy society is its ability to reform. That is, to recognize problems that have developed. And then to solve them.

Sometimes I wonder how healthy our society is in this regard. After all, we seem hogtied when it comes to reforming our major institutions.

Yes, we did manage the political courage to finally reform our welfare system. This was a major reform. The system was immense. Still is. It had run amok for years. It had rewarded millions of folks to avoid paying jobs. It had rewarded women to bear more babies out of wedlock.

When reformers finally arrived on the scene they were met with vicious resistance. The resistors assured us the reforms would heap millions of the poor onto slag heaps of human waste. They would cause kiddies to starve, parents to abuse children. And all that.

It was rot, of course. The reforms have been hugely successful.

You might think our success with this reform might give us the confidence to tackle other reforms. Alas, it did not.

Our largest institution is Social Security. It cries out for reform. It does not have enough money. If we tax ourselves more to rescue it, we will kick our economy in the teeth. Europeans took that route. Their economies go nowhere today. Because the social systems suck so much money out of them in ever higher taxes. Taxes to support Social Security and other benefit programs.

When I write about pretty much any type of hunting, I have at least one memory that involves my friend ..
February 24th